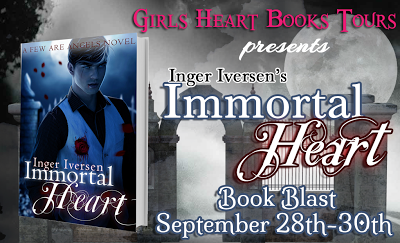 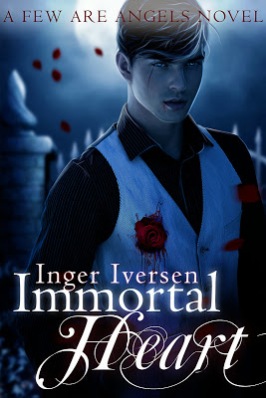 Immortal Heart
Few Are Angels Book # 3 (Prequel)
By-Inger Iversen
Expected Publication Date- September 30th, 2013
Genre-New Adult/Mature YA-*Contains sexual content*
More than a century after the tragedy of Hélène’s death and before Ella found Kale bruised and broken on her doorstep, Kale moved through the world in a haze of personal punishment allowing it to consume him. Until his friend, Detective Deacon, a newly infected Chorý calls on him for a favor.
In this prequel to the Few Are Angels series, Kale is thrown into a world of human blood trafficking and is introduced to a Chorý that offers him a chance at happiness— in blood.
Amazon: http://www.amazon.com/Immortal-Heart-Few-Angels-ebook/dp/B00FH067GY/ref=sr_1_4?s=digital-text&ie=UTF8&qid=1380322046&sr=1-4&keywords=inger+iversen
Kobo: http://store.kobobooks.com/en-US/ebook/immortal-heart-1

END_OF_DOCUMENT_TOKEN_TO_BE_REPLACED 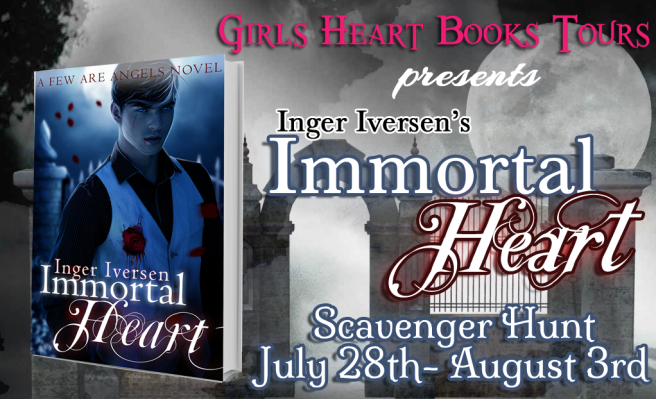