When I first heard the son of Stephen King was an author, I was skeptical. What are the odds there would be two masters of horror living under one roof? Curiosity got the best of me, and one thing led to another. And now Joe Hill is on the short list of authors I’ll one-click regardless of what he publishes. His talent and gift for language and storytelling is uniquely his.

My reviews of the individual titles are below, in the order I read them. 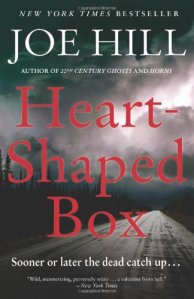 I’ll admit, I picked this up curious about what the son of Stephen King could do. About ten pages in I forgot that experiment, and instead was drawn in by the engaging writing.

Hill uses simple, clear language, but combines it in a way that is highly vivid and visceral. This is subtle horror, not “in your face,” and effect is powerful. On the outset, his characters have the potential to turn into tired cliches, but he never lets that happen. Every single character, even the passing ones, is clear and distinct, the sum of the parts being greater than the individual.

Also remarkable is how easily he takes the two main characters, Jude and Georgia, who are not immediately likable but at some point (and what that point is, I could not define) you begin to see them as people who you WANT to see succeed, to beat this thing. Not only as individuals, but as a team.

Original, fabulously written, and engaging til the last page.

It takes a lot to hold my interest nowadays, but I could not put this book down. Moving on to his other work now. 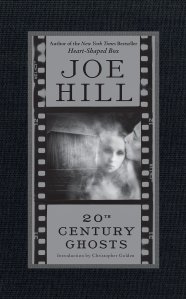 The title here may be misleading, depending on your interpretation of ghosts. Most of these stories were not spooky in a literal sense. However, each tale features characters who are haunted by something… whether that be something intrinsic or extrinsic.

I’m not usually a fan of short fiction, as I find myself just getting interest in a story by the time it ends. Hill, however, manages to create entire, fully-fleshed works of fiction so that you walk away from each story feeling satisfied (or at least, ready to move on). The best here was probably Pop Art, which in concept was completely off-the-wall but is presented so sympathetic and believable that you can’t help feeling a different person when you finish. Voluntary Committal was another that will stay with me.

Of all the stories, my favorite was My Father’s Mask, but with one caveat: while most of the stories in this collection were sufficient in length, this one really required an entire novel. Heck, maybe several novels. I sincerely hope he expands on his story later, because the potential here is both intriguing and endless.

Most of the stories here would fall into the categories of speculative or literary fiction. Definitely a collection to check out, and one I would recommend to anyone. There’s a story (or fifteen) here for every reader. 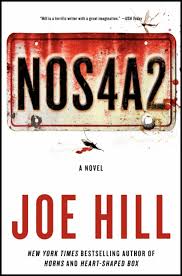 Joe Hill is my new favorite name in horror. A phenomenal journey across a story so unique and engaging, I couldn’t stop thinking about it for weeks. The characters at the surface were not the type of people I would find engaging, but turned out to be individuals I cared a great deal about. Even the villain was dimensional enough as to be relatable. I can’t say enough good things about this book, which takes the award for the best horror novel I’ve read in the last decade. A+ 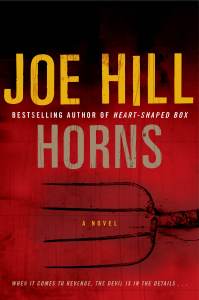 I don’t know that any one genre can properly encapsulate Horns, which is one of the most rich and unexpectedly delightful books I’ve read in years. It takes an incredibly talented voice to mix murder mystery, romance, paranormal, and side-splitting humor in one story, weaving them all together seamlessly. While none of the characters were wholly lovable, they were all enough to carry the story forward, and to make you root for them. While some have complained of the pacing, it never slowed for me, each narrative thread pushing you toward the next action, the next twist. I couldn’t put it down.

My only piece of constructive feedback is that, even allowing for an unreliable narrator who is self-hating, I struggled to feel that Hill made Ig the person everyone else saw him as. We were told who Ig was, but often it was only through the eyes of others that he was ever really that person. But given the narrative voice, and Ig’s frame of mind, I can forgive this and it didn’t take away from my enjoyment.

Joe Hill is easily taking the place of others as my favorite author.