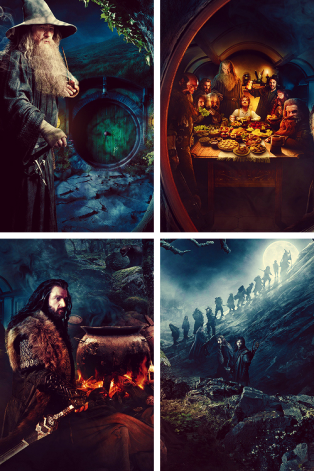 Disclaimer: This is a long and completely biased review and I regret nothing.

(Note: This was originally published on my LotR Tumblr page in December, but as I don’t share that link with anyone who could possibly know me in real life- since it is a blog that, even by my standards, displays embarrassing levels of lotr fangirling- I thought I would share it here)

I’ve seen The Hobbit twice; I was there at midnight (in costume no less; Shieldmaiden of Rohan, you better believe it) on opening night. I went again during the day when I was far less tired and able to do more than just stare in sleep-deprived amazement. I’ve seen it in 2D and 3D, but not the HFPS, because I heard some not-so-great things about it and I was wary to introduce anything that might take away from the experience (yes, my love for Middle Earth runs deep, and my shame in this is nonexistent). From the moment “Concerning Hobbits” started playing, I was in a glass cage of emotion.

I was surprised when I read negative reviews. How could anyone not love this? Upon further thought, I realized that there are really three types of people going to see this movie: hard-core Tolkienites (myself included), casual fans (those who loved the LotR movies but are maybe not that interested in the rest of the canon), and people with nothing better to do.

I think most of the negative reviews came from folks in the latter two categories. I know- it is awfully convenient and unsurprising for a fan to claim that only non-fans could not love something they are a fan of, but hear me out: I believe the hard-core folks (and by that I mean those people that enjoy these stories beyond the movies, occasionally lapse into Elvish by accident, non-ironically refer to their Tolkien collection as “my precious,” and may even require some sort of intervention in their life at some point) never ran the risk of hating this movie. We all came into it knowing that we owed Peter Jackson the soul of our firstborn for giving us yet another view into our beloved Middle Earth, and a chance to sit down with our old friends a little longer. It might be less likely that we will see any real flaws the movie might have had.

Peter Jackson caught a lot of shit for turning this into three movies. A lot of people wanted to know how he could turn a 300-page children’s book into a trilogy (and most people assumed: cash cow). For anyone who has read The Hobbit, the answer is actually quite simple: it IS a children’s book, and thus, there is very little detail and description of all the many, interesting adventures Bilbo and the dwarves experience along the way. The Battle of Five Armies, for example, is only a few pages long! This leaves a lot of room for natural expansion through addition of those details, not to mention the plethora of extra information in the Lord of the Rings appendices. That said, there is still a limit to the resources he can tap into (for anyone who doesn’t know, only the rights to The Hobbit and LotR are available for adaptation; they can’t use material from The Silmarillion, Unfinished Tales, etc unless the estate one day releases the rights, which seems unlikely given statements they’ve made), but had he been able to use those as well, I think the options for adaptation would be endless.

So with that said, this review will now evolve into bullet points, for no other reason than I love bullet points.

Things That Could Have Been Better:

Overall I was happy with the adaptation, and even with its flaws I will watch it, and re-watch it a thousand times when it comes to blu-ray. I will forever be grateful for Peter Jackson for taking on these enormous projects when no one else would. I’m glad it was him, someone who is a lifelong fan himself, and I know how hard it was for him to try and decide what to keep, what to cut, and how to do it. He has weathered a lot of unfair criticism, and I say that as someone who has read all of the canonical Middle-earth literature and has a relatively fair grasp of the Tolkien worldverse.

I can’t wait for the Desolation of Smaug, and it sucks having to wait another year to see it (and then another year after that for the last film). Hopefully some HQ stills will get released soon so I can pass the time with spam reblogging pics of Thranduil on his moose. 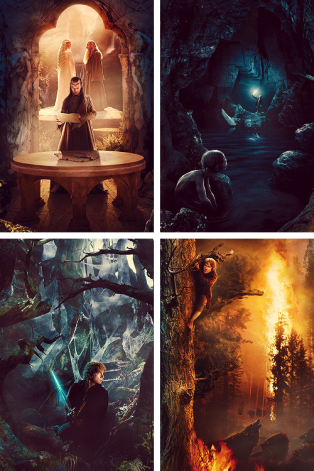 12 thoughts on “A Completely Biased Review of The Hobbit: An Unexpected Journey”